the history of the church of the mediator 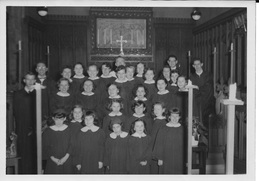 The Choir
The Mediator had its beginnings as a missionary outreach of St. John, Getty Square in Yonkers, Westchester County, New York.  Through the intercession of the Reverend T. James Browne, a visiting priest from the Diocese of Jamaica, West Indies, the Mediator was established and incorporated as a parish church on August 15, 1855.

We have one of two Skinner organs in the Bronx.  It has three manuals, or keyboards which gives the organist more flexibility.  It is 70 years old.    Among the original founders and supporters, Vestrymen, Wardens and Treasurers were Joseph H. Godwin, Augustus Van Cortlandt, William A. Giles, General John Ewen of Civil War fame, Abraham Valentine, Daniel Valentine and Maturin Delafield.  The Douglas family assigned the church the West 231st Street frontage and the church deeded to the City part of the property along Kingsbridge Avenue for the first Carnegie library where the Spuyten Duyvil  Pre-School now stands.  He also undertook the expense of moving the parish house to Corlear Avenue.  Through their generosity, besides giving a large part of the land on which the Church stands many of the interior fittings were also given by them.  His wife established an endowment for the maintenance of the Church which is managed by the Diocese of New York.

There have been 12 Rectors at Mediator, the three with the longest tenure were the third Rector; The Rev. William T. Wilson (1855-1891) 36 years;  the fifth Rector, The Rev. John Campbell (1897-1937) 44 years and the twelfth Rector, The Rev. Frank L. Knight (1974-2003) 29 years.  In September, 2003 Mother Barrett was hired as Interim Priest and in April, 2004,  The Rev. Diego Delgado-Miller was appointed Priest in Charge by the Bishop.   During the year 2000, the Spanish congregation at St. James, Fordham and Holy Nativity, Bainbridge,  needed a new home and we invited them to come and worship at The Church of the Mediator.  They became  La Iglesia del Mediador.  Father Delgado Retired in April, 2016. 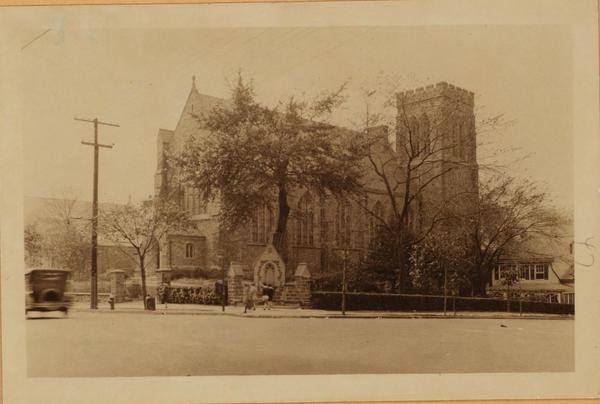